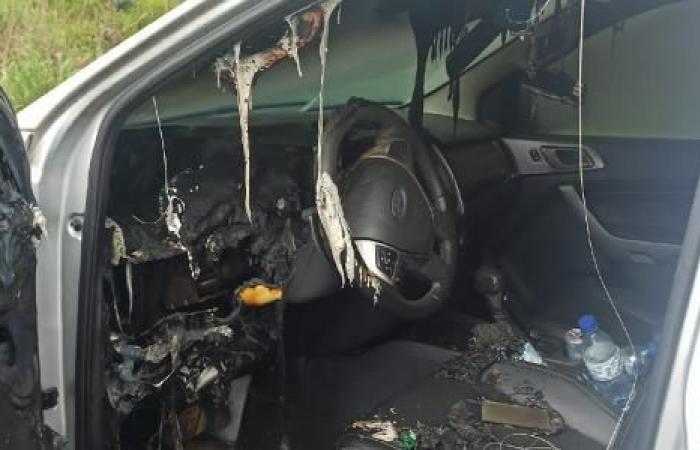 A truck “melted” after being struck by lightning in Goiás. The incident took place on BR-020 between the cities of Simolândia and Posse, about 500 km from Goiânia, last week. According to mechanic Josimar, 39, known as “Nego Bill”, the Ford Ranger was a total loss.

“That day, it was raining a lot, with a lot of lightning. My client was coming in a line with six other cars, when he saw a flash and heard a noise. The truck turned on all the lights on the panel and had a general breakdown”, he said. in an interview with UOL.

He left quickly and closed the doors so the fire wouldn’t spread. Fortunately, he didn’t have any injuries. As the vehicle is isolated, it did not even receive any kind of electrical discharge.

When triggered, Josimar was startled by the scene: the entire interior of the truck had melted. “We cut the battery cables so as not to generate another fire. The fire burst the windshield and melted the panel”, he says.

Working for over 20 years in the area, the mechanic says that this was the first time he saw something similar.

PREV JP Lemann, Marcel Telles and Sicupira deny knowledge of a hole in Americanas (AMER3)
NEXT brother exposes rift with the athlete’s ex for defense in Spain