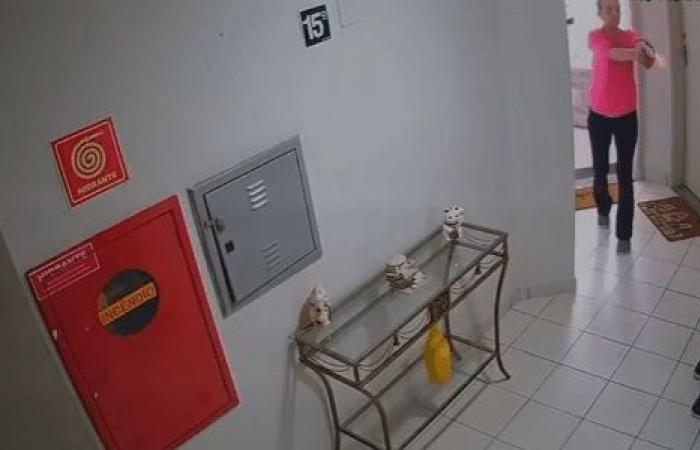 A 36-year-old woman shot her 42-year-old boyfriend at point-blank range after an argument in a condominium on the east side of São Paulo. The case took place yesterday, on Simone Martini Street, in the Jardim Santa Maria neighborhood. The woman was still recorded by security cameras trying to shoot more, but she can’t and leaves the place.

According to police, the man was taken to an area hospital and is not life-threatening. The woman fled and is being sought by civil police officers, who did not provide the names of those involved.

The scenes of the woman’s shooting and escape were recorded by security cameras at the Reserva do Alto condominium, where the crime took place. In the images, it is possible to see that the man leaves the apartment, while she is sitting on the sofa in the living room. He says something to her and closes the door, pressing the elevator button.

Suddenly, she opens the door and emerges into the foyer with a gun in her hand, pointing at him. Without him having time to react, she fires, hitting him in the back.

The man falls backwards and, as he falls, hits his back on a sideboard, breaking the glass top.

As he motions several times for her to stop, she continues screaming. She tries to fire again, but can no longer unlock the weapon.

The woman even returns to the apartment, while the man is still down and, when he returns to the hall, appears with a knife, continuing to threaten her boyfriend.

Moments later, the woman is still caught by surveillance cameras in the outside area of ​​the condominium, in the playground area, walking hurriedly towards the exit.

Witnesses told Military Police that the man is the one who lives in the building. The girlfriend would be a visitor and would have free access to the condominium.

A resident of the Reserva do Alto condominium told UOL that the couple had been together for a long time, and that arguments between them were frequent.

Often, the neighbor heard screams and curses coming from the couple’s apartment. “They had no limits. It could be daytime, it could be dawn. Nobody had much contact with them because of that.”

According to the resident, the man was rescued by a neighbor who is a nurse. “He managed to drag himself to the elevator and asked for help downstairs. We called her, she gave him first aid, and then they took him to the hospital.”

In a note, the Public Security Department of the State of São Paulo confirmed that the crime took place yesterday (6), around 10 am. Military police attended the occurrence and, at the indicated address, found the injured man.

“He said he had argued with his girlfriend, who shot him. She tried to make more shots, but the weapon failed. The author fled in a white Renault Clio,” the agency said.

The Gate (Special Tactics Action Group) also attended the scene. The case was registered as an attempted murder by the 8th Precinct for the Defense of Women (DDM).

In a note, the Santa Marcelina hospital reported that the patient was transferred today to the São Cristóvão hospital, in Mooca, which is covered by its health plan.

WhatsApp serves users and will launch pinned messages in groups 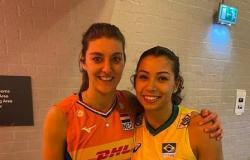