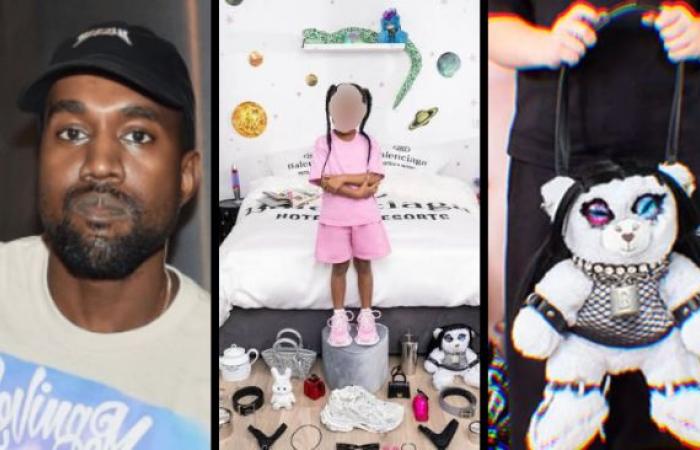 Luxury brand Balenciaga is under fire after social media posts linking the fashion house’s photo shoots to “child pornography” went viral. In case you don’t remember, Balenciaga was one of the first brands to cut ties with the rapper. Kanye West after the artist made several anti-Semitic comments on the internet in interviews.

Many people then began to question why the brand wasn’t being ‘cancelled’ the same way they canceled the Chicago rapper. In a recent interview, Kanye West spoke about the ‘cancellation’ of Balenciaga and questioned why celebrities are not criticizing the brand as they criticized him for months.

In an interview with TMZ, Kanye West says the Balenciaga scandal is proof that Hollywood celebrities are controlled. The rapper was leaving a Messianic church on Saturday, where he was met by a small crowd of paparazzi who were ready to record him but didn’t question him. Instead, Kanye began to speak freely about his anti-Semitism scandal and other issues.

yes suggested that more people were outraged by what happened to him than the Balenciaga campaign. Kanye said it is clear that few celebrities have criticized Balenciaga.“They tried to destroy me in the media. They tried to destroy all my businesses at the same time and the world saw it and nobody said anything… Celebrities are controlled. You don’t see celebrities talking about the Balenciaga situation. Right? It shows that they are controlled by people who influence the world…don’t let them influence you in any way. There is no such thing as ‘celebrity influencer’ said the rapper.

Another person who spoke on the subject was kim kardashian

PREV heartthrobs from Travessia are married to these people
NEXT Widower of Paulo Gustavo revolts and detonates: “Nobody helps me”